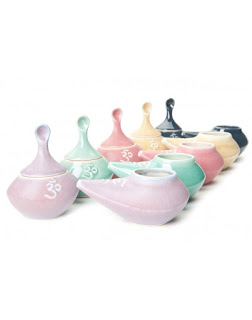 I have been planning a lot of posts recently and I thought that as I am currently suffering from a cold then this is the perfect time to write this post. I try and do a neti pot on a regular basis, even when I am feeling well but I don’t always remember but while I am not well I am sticking rigidly to a daily routine. It is possible you have never heard of a neti pot or you may of heard of it as a saline nasal wash, but what is it all about and why do yogis do them regularly and what are the benefits. In this post I will give you a little bit of information about why this tradition has been passed down through the generations and also look at the process from a scientific perspective and why modern medicine now recommends this practice.

In the teachings of the Hatha Yoga Pradipika what we are talking about in this post is called Jala Neti and is one of the 6 main yogic cleansing processes or shatkarmas. The term neti is a sanskrit word and translates as nasal cleansing and jala translates as water. It is done by washing warm, salted water through the nostrils so it goes in one nostril and out the other effectively cleansing the nasal passageways and the sinuses. As an ancient cleansing process it is thought to have a number of physical benefits as well as mental and spiritual benefits. According to the Hatha Yoga Pradipika the benefits of practicing Jala Neti include:

1. Physical Benefits – Neti aids in draining the sinuses, preventing mucus from become static and keeping them clean and functional. It can also irrigate the eye and stimulate the tear ducts. As well as keeping the nose clean it can also help to clean out the ears and throat. It is thought that regular practice of neti can help to prevent coughs and colds as well as reducing the risk of allergies, hayfever and tonsillitis. It is also believed to give resistance to a number of conditions including myopia, tension headaches, glue ear and ear infections. Other benefits include a reduction in facial tension helping you to look more youthful.

2. Mental Benefits – Regular practice of neti is thought to be of help to a number of conditions including anxiety, depression, epilepsy and hysteria. Practicing neti is believed to balance the left and right sides of the brain which helps to balance the central nervous system. The frontal lobes of the brain that control the higher mental functions are thought to function properly after regular neti practice which can lead to intuition and creativity.

3. Spiritual Benefits – According to Yogi Swatmarama, perfection of neti leads to divya drishti where divya translates as divine and drishti as sight or vision, meaning the skills of clairvoyance through the awakening of anja chakra. Through this stimulation the third eye is awakened leading to a higher intuition. The practice of neti is thought to clear any blockages at anja charka.

So we have looked at the traditional beliefs but in terms of the modern day we need to look at where the evidence is and how it is used. You will not be surprised when browsing the internet to see nasal irrigation recommended as a treatment for colds and allergies. However there are a number of conditions for which there is scientific evidence that nasal irrigation is a successful treatment, including allergies where studies have shown that children with allergies who regularly undergo nasal irrigation showed a lower need for allergy medication in just 3-6 weeks. Part of the reason for this positive effect is due to the fact the nasal irrigation washes out the nasal passageways and removes any pollution and toxins that have collected there and cause irritation.

There is some evidence that nasal irrigation can be of benefit to sinusitis especially when combined with an allergy pill, although some studies suggest that regular practice may increase the occurrence of sinus infections although that may be down to incorrect practice rather than the practice itself.

Although more studies are required there is some evidence that the use of nasal irrigation can speed up recovery time after nasal surgery.

Upper respiratory tract infections may be helped by a saline nasal wash, including symptoms of cold and flu. There is a small amount of evidence that shows that nasal irrigation can help symptoms such as a runny nose, sore throat and cough as well as meaning a reduced need for other medications.

So this ancient technique may be worth a try and although there is no scientific evidence as yet of its help with other conditions that are mentioned in the Hatha Yoga Pradipika there is nothing to say that it would not be of benefit. So if you were wondering whether to take up this practice and if it would be useful then I would say it is worth a try but you need to make sure you are taught how to do the technique by someone experienced so that you correctly and effectively employ nasal irrigation.