My Dad’s “Carrot Salad” Made Vegan 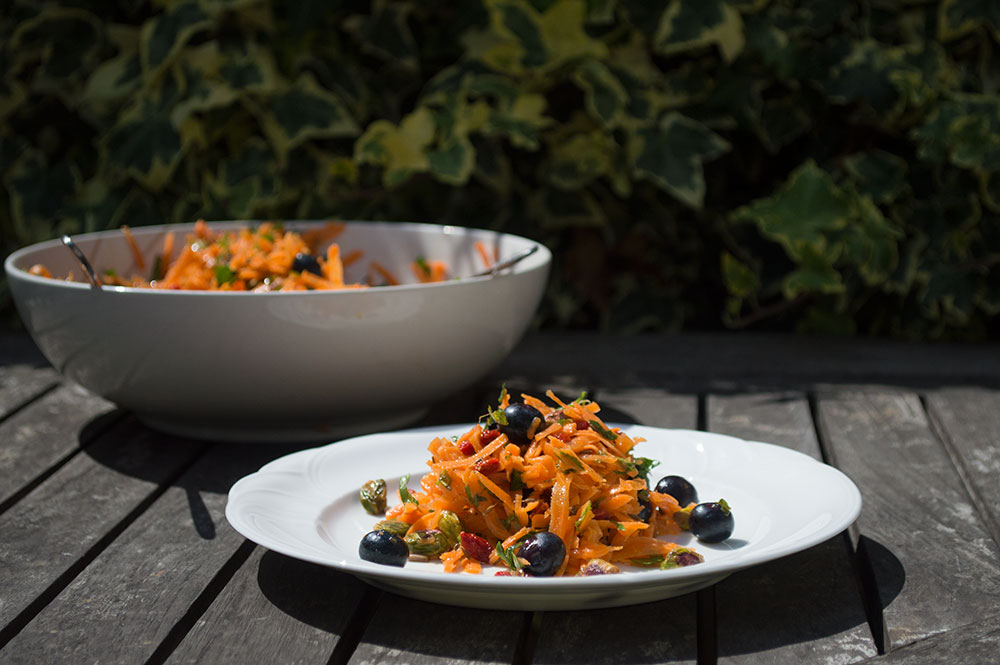 This as the name might suggest is a family recipe that I have changed to make vegan. If you read this blog on a regular basis you may or may not be aware that my dad died a few years ago but that he was vegetarian and so I was brought up not eating meat and I recently became “vegan” which I have put in inverted commas because I do my best but am not always 100% vigilant about everything. 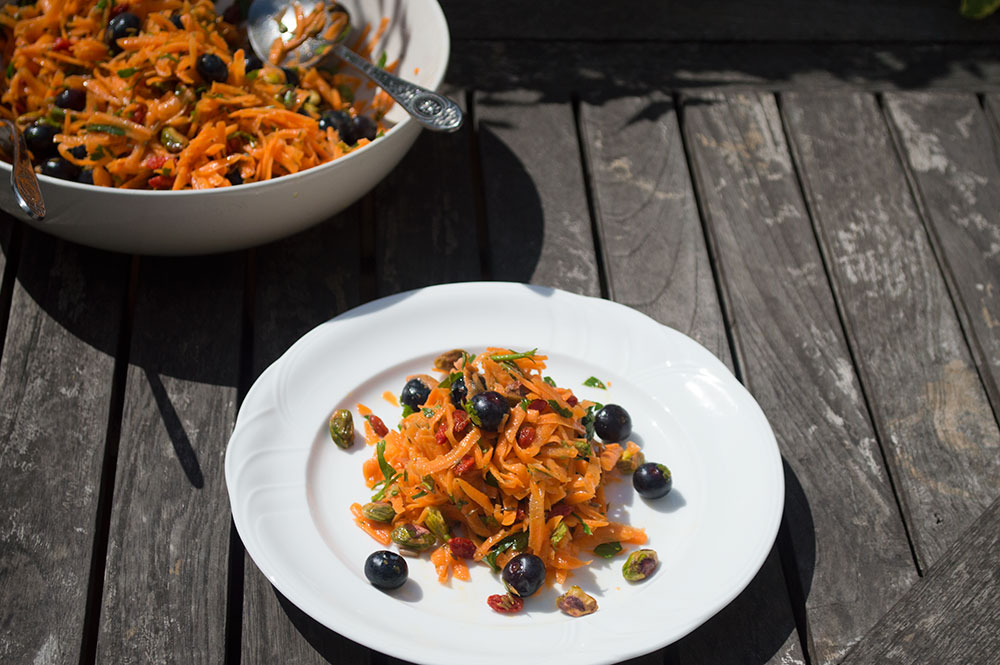 Anyway I seem to have gone a bit off topic, going back to the salad, my dad’s original salad was grated carrots, grated cheddar cheese which is obviously off the menu and raisins which I eat a lot less of now due to their impact on blood sugar. I have to say one thing about this salad, when I was a kid I really did not want to eat it. I just couldn’t get my head around fruit in a savoury dish. Now that I eat it all the time I don’t know what the problem was but I guess when you are a kid you don’t think in the same way. 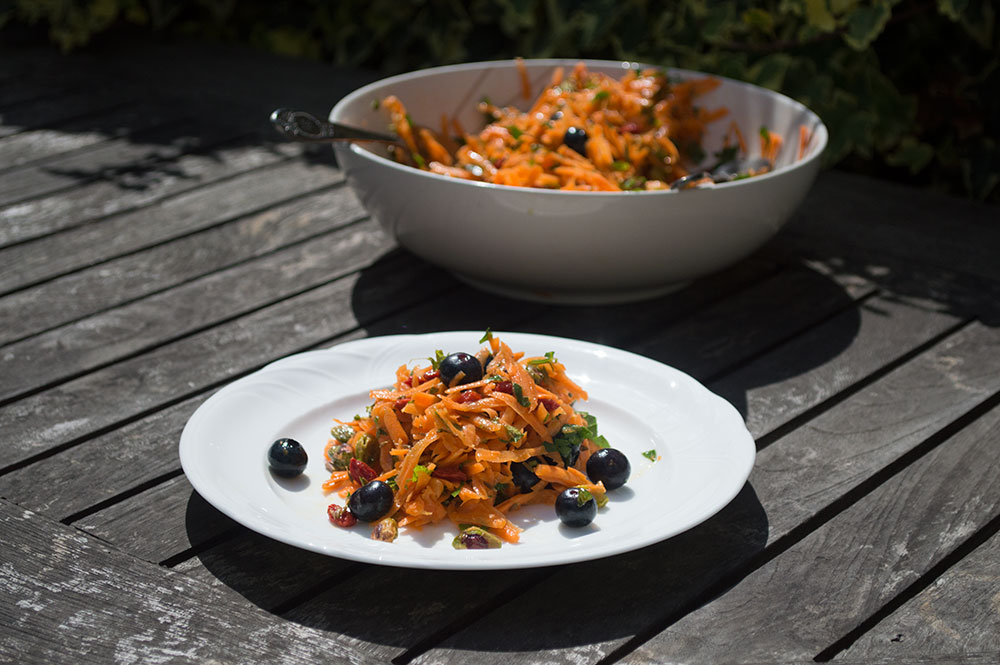 So to make this I had to make some substitutions and let’s start with the raisins, I thought that blueberries would work well and so put them in but also added some goji berries for their health benefits and yummy taste. The cheese was a bit harder when I was doing it and I could have used a vegan cheese but honestly I am not that keen on them and think they taste a bit processed. I also could have made a vegan cheese which would have had a better flavour but would have turned this from a simple salad into a big job. So I settled on my favourite nuts, pistachios and mixing in some nutritional yeast. It actually had a similar effect because you got a cheesy flavour and the fat from the nuts. 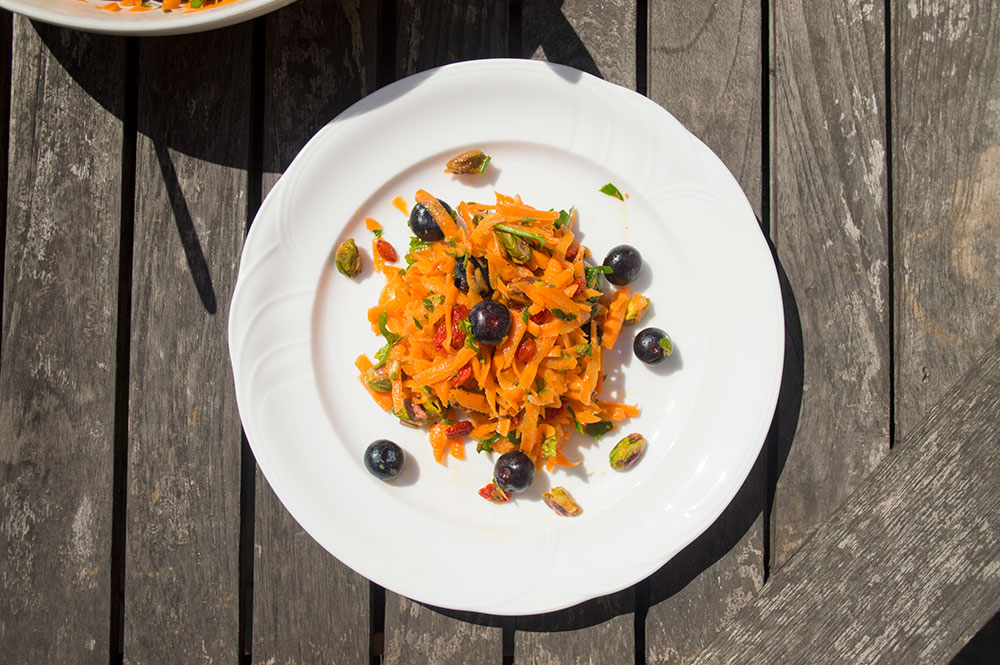 The other great thing about this salad is that it stays low on the glycemic scale which means you can still indulge in this amazing treat if you are watching your blood sugar. If you want to lower it even more you could leave the goji berries out and sub the blueberries for blackberries but it will not make that much difference so I would stick with it. Another option you could have is to take out half the carrot and sub it with courgette (zucchini) which would reduce the sugar content quite a bit but I do love the carrot in it. Anyway the GI of this dish is approximately 35 and the the estimated GL is 5.

1. Put all the ingredients in a large bowl and mix well

2. Taste and adjust seasoning as required.

This little salad is packed full of goodness and as mentioned above is low on the glycemic scale making it the perfect accompaniment to any meal. 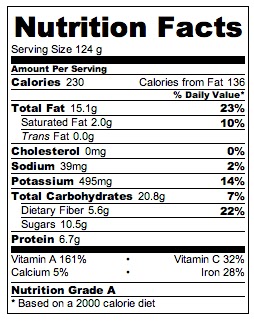 Highlights of this recipe include: