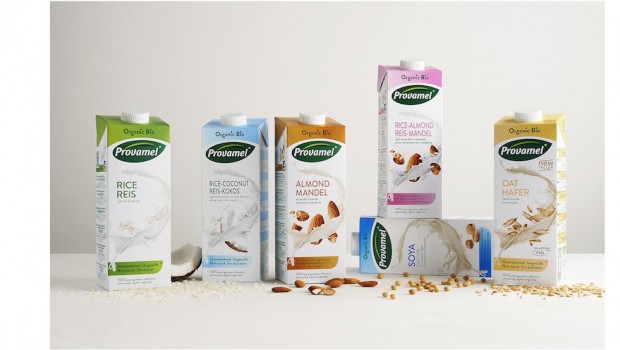 As you might have guessed from the title of my blog I do not eat meat and actually in the last year I have turned vegan and so plant based meals are what I live on now. So when I heard that Provamel were having a rebrand and also introducing new products I was really excited to find out more.
I know that making nut milks and other milks is easy but it takes time and although I should have more I never seem to have enough time or remember to do all the prep. As a result I tend to use shop bought plant milks and this is where you need to be careful as so many of them can have lots of nasties in them and so it is vital to check. Provamel milks are natural, organic and usually sweetened with agave nectar so keeping the GL down too.
Along with the new packaging you can now get unsweetened oat milk, almond-rice milk and my absolute favourite Macadamia milk. The question I have is why has no one done this before? I know that macadamia nuts are a bit of a nightmare, trust me the broken wooden spoon and mess all over my kitchen when I used them to make a cheesecake was evidence of this but they are amazing. I just love the flavour of macadamia nut and this milk slightly sweetened with agave just enhances the flavour making it one of the nicest nut milks I have ever tasted.
The great thing about nut milks is you can use them in exactly the same way as you would dairy but they have a much nicer flavour and they are easier to digest plus more importantly there is no pain caused to animals to produce them. It is for that reason that I would always urge people to use plant milks where they can, even if they are not vegan. For example if you have cereal for breakfast why not try adding a plant milk it might surprise you how nice it is.
Having only been vegan for a little while I am well aware that I cannot convert the whole world to being vegan but every time someone has a plant based meal or uses a plant based product instead of an animal one it can be seen as a little victory. One of my favourite ones is when making a white sauce or even a cheese sauce, using plant based milk with a little cornflour and nutritional yeast and you cannot tell the difference. To me creating products that can be used in the same way as animal products is one of the keys to getting people to reduce their animal consumption and the Provamel products will certainly help with that. I love their soya cream over fresh strawberries with a small sprinkling of Xylitol – a perfect alternative for Wimbledon! 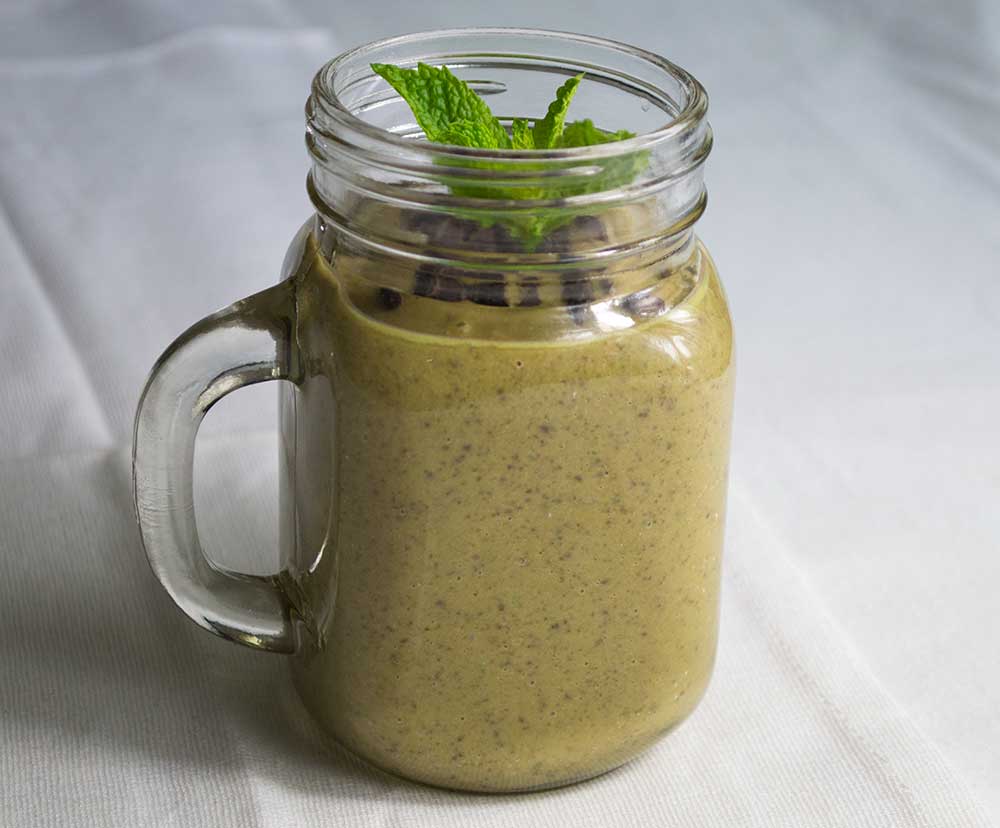 When I tasted the Provamel Macadamia Milk I knew that I just had to make something with it and set about thinking about what I was going to do. What I came up with was this Mint Chocolate Smoothie which I have deliberately kept as simple as possible to allow the flavour of the milk to come through. You could obviously make it with any of the Provamel milks, like the almond one or the hazelnut milk would be nice but I just think it works with the macadamia. 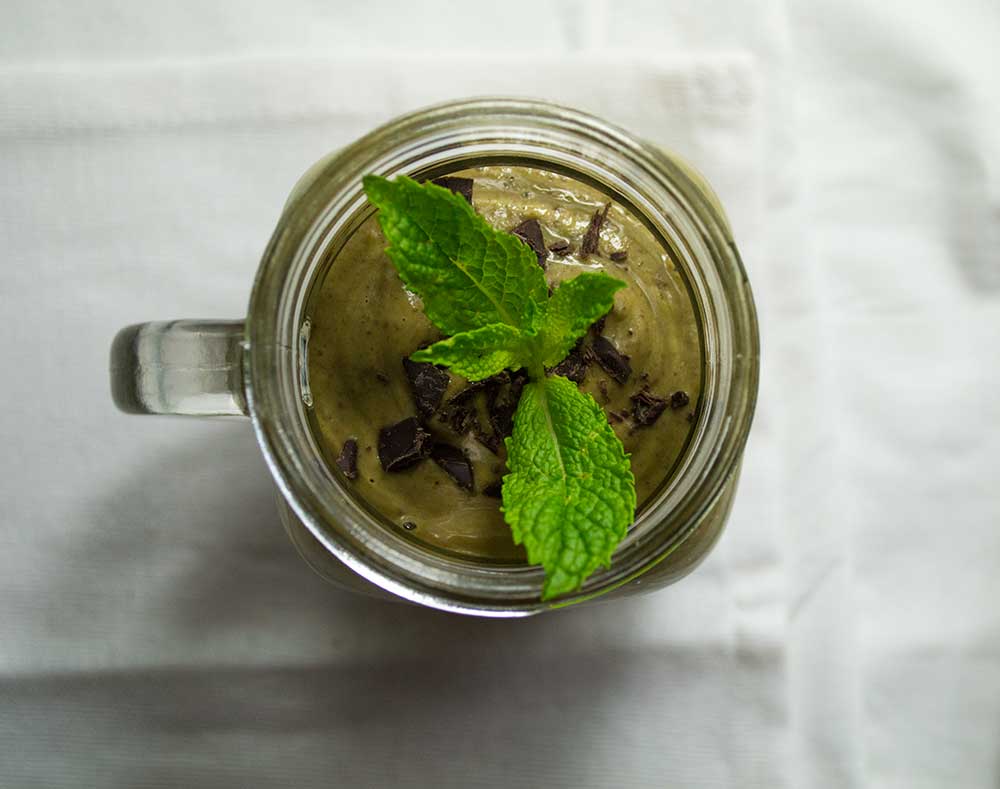 I have given an amount of milk to use in this smoothie however as with all smoothies this can be adjusted to make it thinner or thicker. I actually made it quite a thick smoothie, it could have been eaten with a spoon but it would work really well with more milk which would only enhance the macadamia flavour. One other real bonus to this smoothie is it is low GI and GL making it perfect for anyone that is looking to control their blood sugar with an approximate GI of 22 and an estimated GL of 4 per serving.

1. Put all of the ingredients apart from the agave nectar in a high speed blender and blend until smooth apart from very small chocolate pieces.
2. Taste and adjust milk amount and agave if desired.

I have calculate the nutrition based on the milk quantity given in the recipe and with no added agave nectar. Obviously if you change these amounts then these details will be different. Based on my recipe the GI of this smoothie is 22 and the estimated GL is only 4. 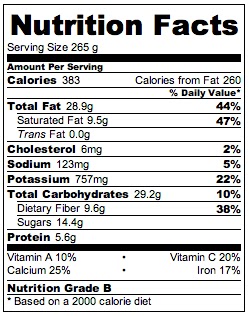 A New Year - Reflections and Expectations