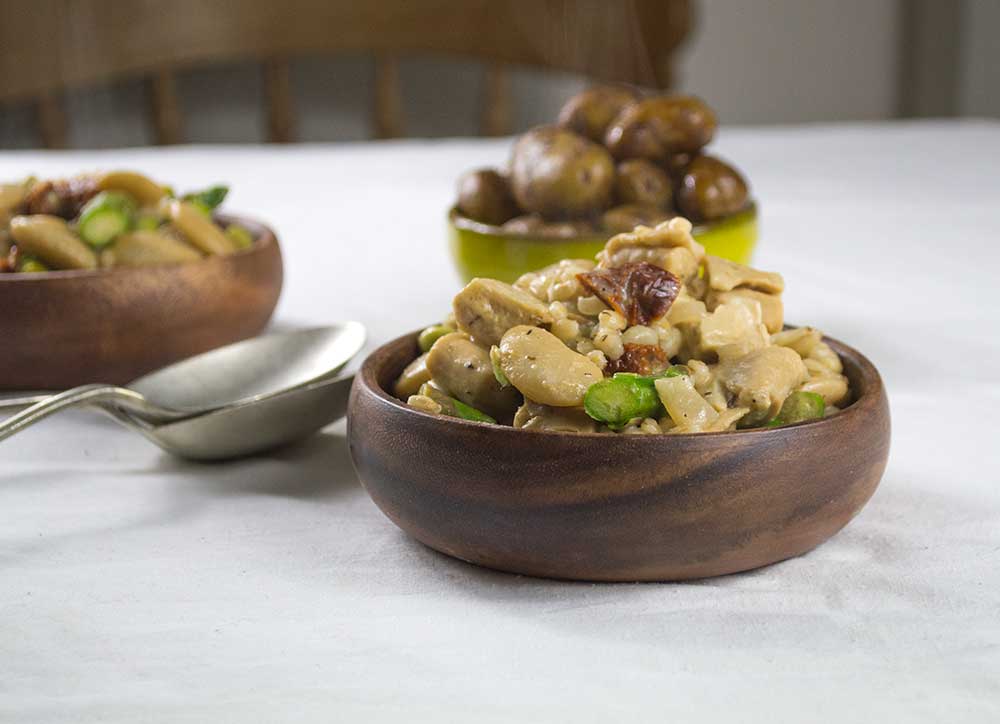 There have been so many things up in the air in my life recently with trying to make decisions and decide what it is I want to do and the best way to get things sorted out. I think I have finally come up with a solution I hope that should put everything in order and get my mind sorted plus it could mean I could focus on this blog full time. For those of you that read it often you will notice that I have added adverts to see if that generates me any income, hopefully you don’t find them too intrusive. I will keep you updated on my financial stresses if there are any resolutions but in the mean time we should get to the recipe.

The first thing I am sure will notice about this recipe is it is not as Low GL as I would normally produce but it is far better than risotto made with rice which would have been too far off the scale. I have also packed this risotto with beans and other protein in order to help keep the impact on your blood sugar under control. 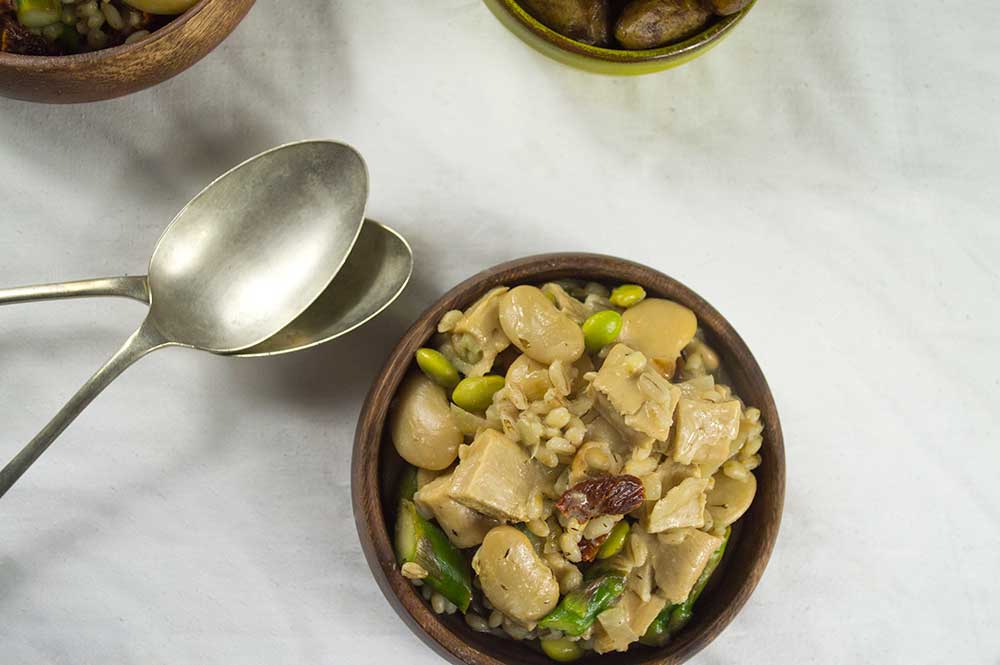 This is fast becoming one of my favourite dinners to make for a number of reasons, the first being that it is really, really tasty and the other is that I can make it in around 30 minutes, and let’s face it we all want to eat good food but don’t want to have to be cooking all day.

I have used asparagus in this recipe for some green veggies but it would be great with peas and you could also stir in come spinach at the end, whatever you have available. The one ingredient you just cannot change is the sun dried tomatoes. For this recipe I used the ones that come dry and trust me you will not regret using them, they really enhance the flavour and make this dish what it is.

Just one other thing that I wanted to say about the recipe and that is that it says to use vegan chicken pieces. This slightly irritates me as I have never eaten meat, don’t know what it tastes like or what the texture is like and so whether it is anything like chicken I don’t know and I don’t really care. I used these pieces and they are extra protein and I like the taste, not to resemble meat as so many meat eaters will try and say.

Sorry if this is a bit of a rant but I have always had people ask me why I eat things that are supposed to be like meat if I don’t eat meat, they can never get the point that it is because I don’t like the idea of killing animals to eat. So really what I should have called them is vegan soya protein pieces but thought most people would wonder what I what I was talking about so let’s leave it as vegan chicken pieces for now!

1. Combine the pearl barley and vegetable broth in a small pan, bring to the boil and simmer until all of the liquid is absorbed.
2. In a large non stick pan heat the oil then add the onion and cook for a couple of minutes and then add the thyme. Continue to cook on a medium heat until the onions are soft then add the garlic.
3. Cook for a couple of minutes or until the garlic is cooked then add beans, vegan chicken pieces, asparagus and tomatoes and mix well.
4. Warm through for about 2 minutes and then add the oat cream and lemon juice, stir well and heat until warm. Taste and season with salt and pepper and add more lemon juice if needed.
5. Allow creamy mixture to simmer for 5 minutes until everything is cooked though then stir in the pearl barley, check seasoning and serve.

This little dish is literally packed full of vitamins and minerals, anything with lots of beans is great for that and this is no exception. In particular there is a a great dose of vitamin C and iron. The GI of this dish is approximately 29 and the estimated GL is 15 making a good option as a main meal for people eating a low GL diet. 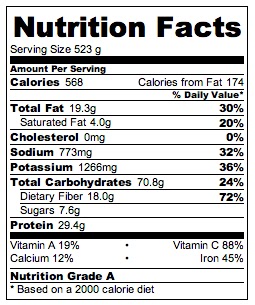 The main highlights are: