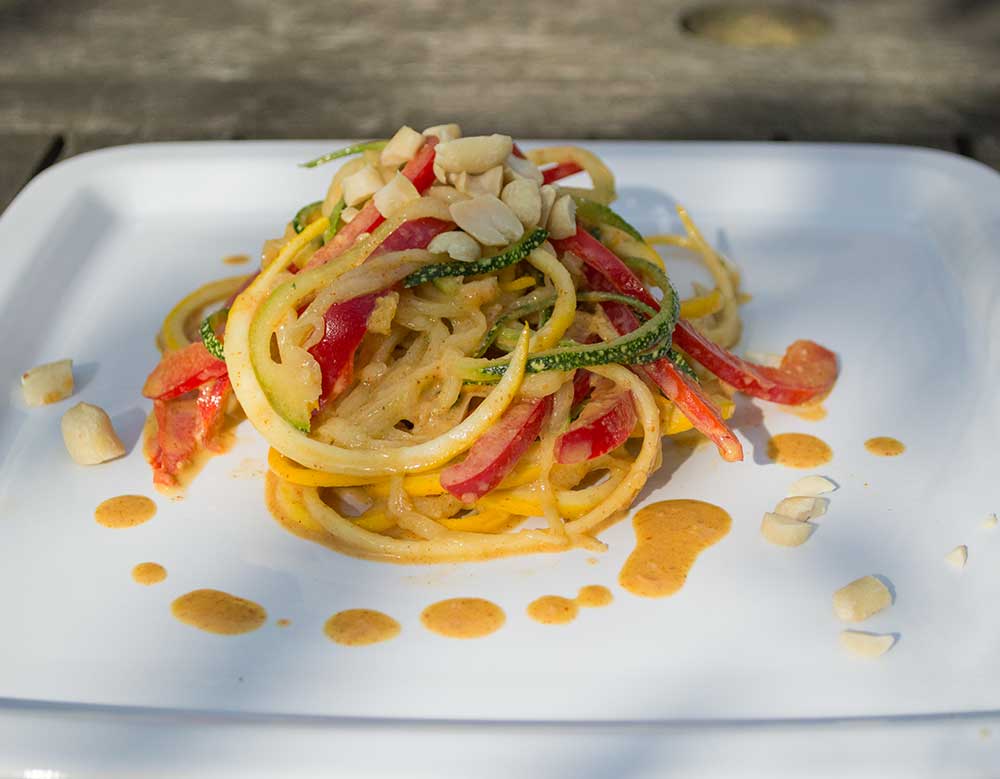 I am going to start with the most important thing and that is the fact that Arsenal won the FA Cup on Saturday. Which I have to say was a major disruption to the start of my yoga teacher training which I will tell you more about later in the week.

So going back to the FA Cup, I had to leave my training early, I was lucky getting out at about 3.30pm which gave me plenty of time to get home, doing my make up on the tube, pick up my ticket and walk round to the Emirates. I had no idea what to expect but did know that Arsenal had sold 25,000 tickets allowing people to watch it on the big screens.

To give you a bit of background, next season is the 20th year that I would have had a season ticket for and in that time I have been to 5 cup finals, so this one was a bit novel as I was not actually going but watching it on a big screen. Having said that all the cup finals are different and some are better than others. Probably the best one I have ever been to was against Chelsea in 2002, the day was perfect from beginning to end and stays forever in my mind as one of the best days of my life.

If you are not into sport then probably saying that a football event is one of the best days of your life seems a bit extreme but that is the nature of sport, it is literally all extremes. It invades your life and affects how you feel about everything else and the highs are such ultimate highs that no drug could ever come close to the feeling. I think it is largely down to the shared experience and that you have 10s of thousands or people all experiencing the same things and the collective consciousness makes the feelings stronger. 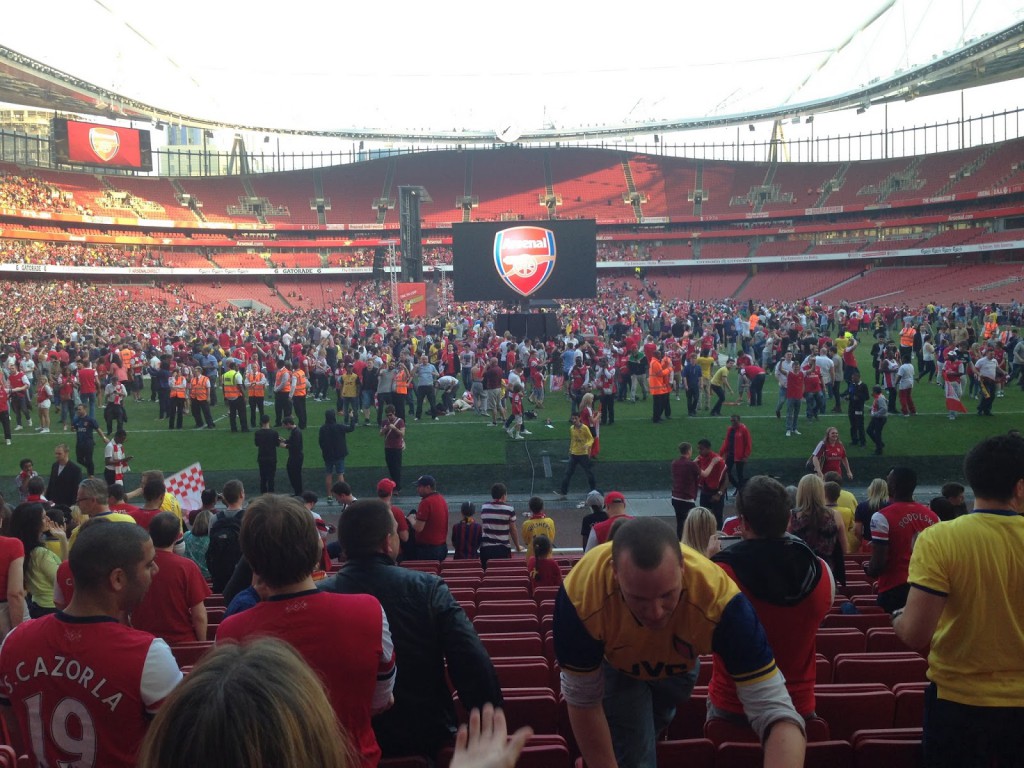 Going back to the most recent cup final it is easily the second best cup final I have experienced. Right from the moment I arrived at The Emirates, the weather was perfect for a cup final, the atmosphere was amazing and really relaxed. For one of the very rare occasions we were allowed to drink alcohol in our seats which helped to intensify the atmosphere. Having said that it did not start well with us going 2-0 down in the first 8 minutes but we never lost hope and quickly got it back to 2-1 from probably the best free kick I have ever seen Santi Cazorla take.

Eventually we got it to 2-2 and took the game to extra time and then won it with a wonderful goal from (in my opinion) Arsenal’s player of the season Aaron Ramsey. This just led everyone to go completely mental, we then had a few tense minutes to hold on and win the game. When the final whistle went, delirium seemed to take over and there was a massive pitch invasion. It was all good natured and everyone was back in their seats to watch Arsenal lift the cup.

After the game was finished we walked round to the main road and joined the party that was block the road and stopping any buses from passing. Unlike other years when things can spill over and get a bit out of control this was just all good fun and the perfect way to end a perfect day. Then seeing the players celebrating on their parade yesterday was even better.

The only bad thing about the cup final is the football hangover I am experiencing today. It is a feeling that nothing is quite as good as what we experienced on that day and that you never know when you will feel that high again. All I want to do today is watch the game again and read about the cup final, watch the parade and try and relive the feelings but know I cannot manage it, so I thought I would write and tell you all about it as a good substitute.

After ranting on for far too long about the football I should really get to the recipe which is perfect for the kind of weather that we are having at the moment. It would make an excellent lunch or a light supper when sitting out in the garden.

When I have this dish I do like to serve it with another salad with some more green veggies in it just to increase the spectrum of vitamins that I am getting but if you only want a light meal then it is perfect on its own. 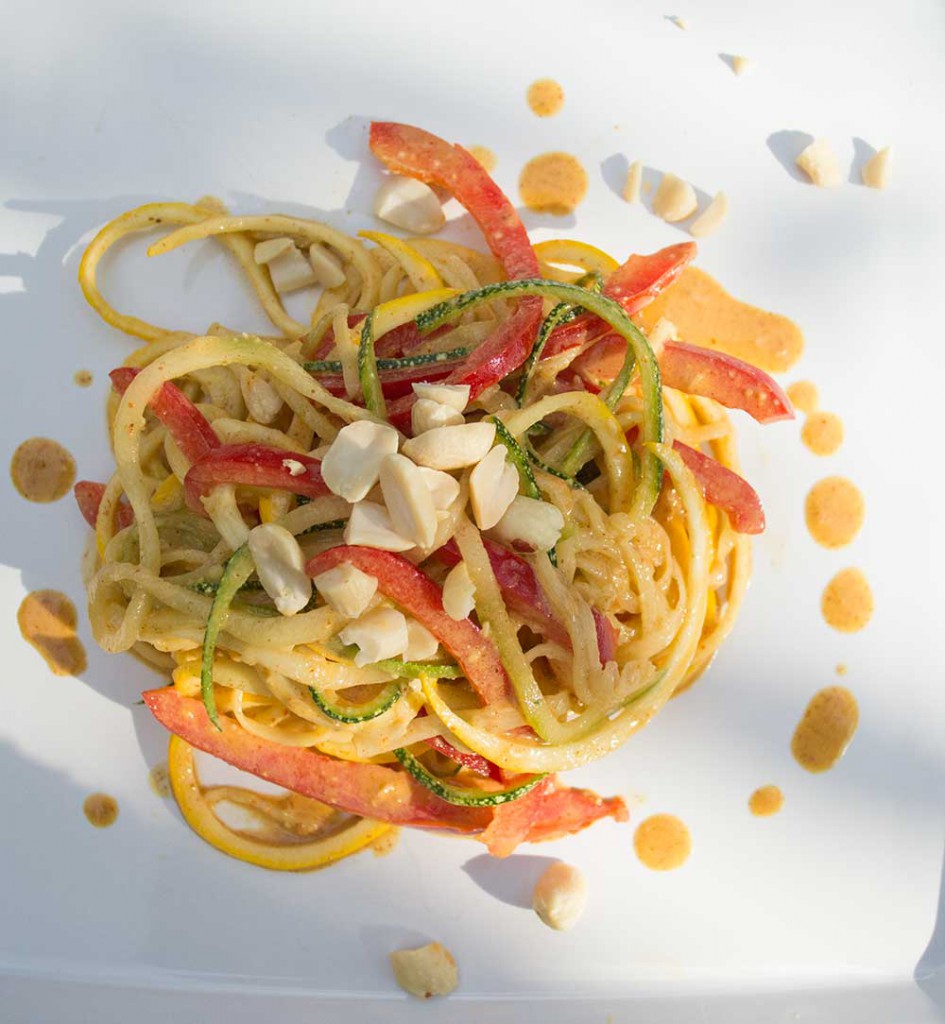 I have given a recipe for the sauce and it does mean there will be a lot of sauce but you can always use what you like and keep the rest in the fridge for another time. In terms of vitamins this dish will give you a great amount of vitamins A and C plus its high protein content means you will get an excellent energy boost from this dish.

2 Courgettes, one yellow and one green, cut into spirals

1. Put all of the ingredients except the courgettes, pepper and peanuts in a bowl and mix well. If you think it is a bit thick then you can add a little water, a tsp at a time.

3. Mix courgettes and peppers and then pour over sauce and mix well. This should only be done just before serving otherwise the courgettes will soften and release their water content.

If you are looking to lose weight then this is a great dish as it has a high fat and protein content, both of which increase the rate at which you lose weight. Also although this dish is high in fat it actually contains no cholesterol. One of the best things about this dish is it is very low GI and GL so is perfect for anyone following this type of diet. All of the nutritional information has been calculated on the basis of 2 people sharing this dish. 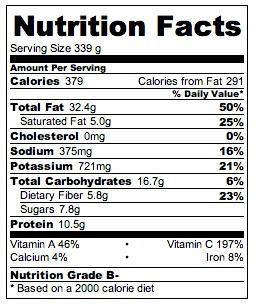 The most important highlights of this dish are: