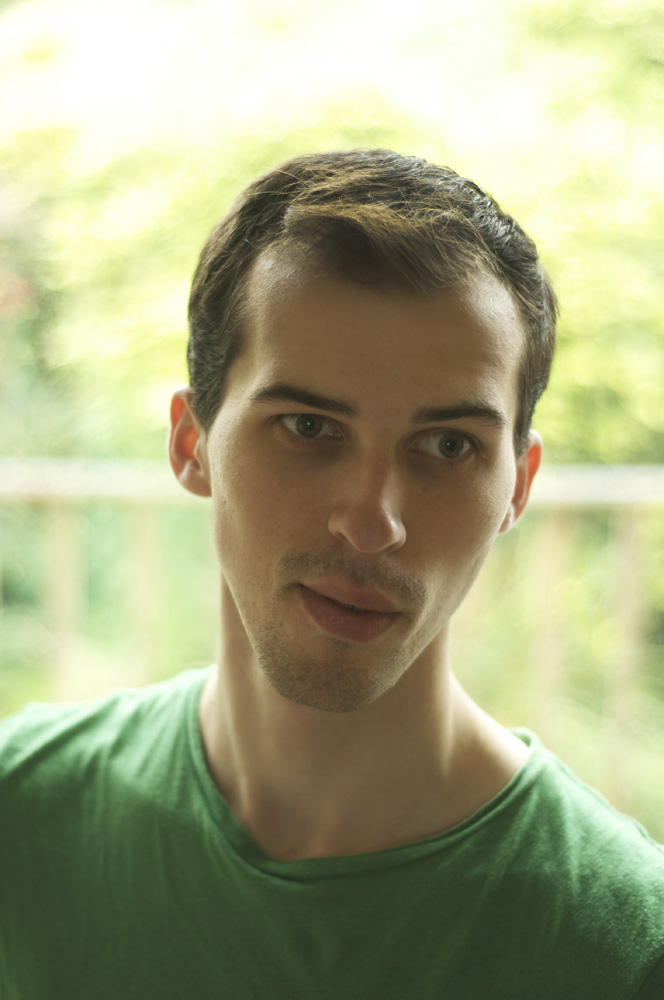 During writing this blog I have spent a bit of time on the internet researching vegan resources and other sites. One of the things I came across was Veggeo which is in the process of being completed and is due to be the first only vegan supermarket in the UK. This really interested me as I still think the choice available to vegans in the UK is limited and you have to work quite hard to find the products, having them all in one place seemed like such a good idea I wanted to know more. So I reached out to the man behind the idea, Peter Watkins to get a bit more information about the site and about what motivated him. Below you will find just why Peter is a vegan and what led him to where he is today. As someone who is turning vegan I found it really interesting and inspiring, I hope you do to.

Q. So Peter what is it that made you decide to become a vegan?

A. I’ve always fought for the rights of animals, Percy the Park Keeper had a huge influence on me as a kid, and actually Toy Story did too, the idea that whatever you decide to do makes some kind of impact on somebody.
Here I was defending animals while at the same time consuming them in my meals, which felt like a right contradiction. So that’s when I decided to become vegetarian, and within a year based on what I had learnt and discovered I finally decided to go vegan.
Q. What did you find difficult about becoming vegan and how did you overcome it?
In the very beginning I was like most people when they start thinking about becoming vegan.
The usual questions went through my mind: –
These questions were even more emphasised when anyone I came in contact with asked me these very same questions.
At that point I thought – ok I really need to dig deeper into this or else my purpose will be weakened every time I get in front of the ‘veggie firing line’.
Then the magic happened and I discovered Forks over Knives. That really opened my eyes. I thought “oh my god this is crazy”, not only can a plant based way of life prevent several of our worst diseases; heart disease, diabetes, and cancer. A plant based diet can even reverse them (yes even type 1).
This was strengthened even more when I watched ‘the best speech ever’ on YouTube, Vegucated and Reverse Diabetes in 30 Days.
I’ve learnt a lot from books, medical studies, documentaries, and first hand proof. So I could easily go on a rant about why everything I thought in the beginning was crazy. But I’ll just focus on the two vegan hot button statements about calcium and B12.

It is often considered that vegans are in real danger of being calcium deficient. I respect that, I was there. Then I discovered, mostly from the book PH Miracle and Anthony Robbins Living Health, that this concern isn’t quite right.
Remember those lessons we had in school about the PH scale? All the different parts of your body have a different need for acid or alkalinity. But the large majority and most importantly the blood, must be slightly alkaline. And if you can picture the PH scale, the blood must be at 7.36. No more no less.
Because animal protein is so acidic, when we consume it, the body has to scramble to bring itself back to 7.36. The primary way it does this is by drawing calcium from the bones.
Not only has it been proven that vegans have the strongest bones on the planet. Countries with the highest amount of dairy intake actually have the highest level of osteoporosis. Ignoring the fact that cows aren’t supposed to be milked, in fact they have to be pregnant in order to produce milk – and as soon as she gives birth her child is instantly dragged away from her. The baby is then either used for meat (e.g. veal) or skinned for leather – the softer the leather the younger the cow. Anyway I know people don’t like knowing that stuff, me neither. So let’s discover the solution.
The World Health Organisation recommends 400-500 milligrams a day. That’s it, ok so Kale has 249mg per 100 grams, sesame seeds 1,100mg, almonds 234mg, the list goes on. The point is as long as you’re on a whole foods plant based diet do not worry about your calcium intake. In fact whatever calcium you do receive from Dairy only about 30% is absorbed by the body whereas in most veggie goodies 60% of calcium is absorbed.

Let’s quickly talk about B12. I panicked about this for some time “ok I can answer every objection now but what about B12?”
Then I found out that B12 only comes from bacteria in soil. Based on the fact that the large majority of ‘livestock’ animals don’t get to munch on grass (milled wheat grain and corn being their main diet) they don’t pull up that soil, and so they don’t even come close to consuming enough B12. In other words, everyone can be considered at equal risk of not having enough B12.
Now let’s push that old school thought over the cliff. The Vegan Society sell a six months’ supply of B12 tablets for £10.98. In each tablet you will consume 200% of your RDA, not to mention they are super yummy (love heart sweets come to mind). Many products are also fortified with B12; non-dairy milk (e.g. soya, almond), vegan margarine, etc.
If you want to go all natural and earthy, any fruit and veg that you grow in your garden is full of B12 because they aren’t cleaned nearly as thoroughly as commercial fruit and veg (just make sure you choose organic soil, so that you don’t eat any nasty pesticides and chemicals).
B12 is also present in sprouts, mung beans being my favourite, wheatgrass, seaweed, kelp, basically anything that has come in contact with that sneaky bacteria.
Q. What Advice would you give to anyone thinking of going vegan?
Now if you’re tempted to go vegan, even if it is just 3 times a week. Here are some awesome resources that I personally recommend:  Crazy Sexy Kitchen, PH Miracle: Revised and Updated, Forks over Knives Cookbook, Babycakes and 500 Vegan Dishes.
I’ve learnt quite a lot and as a result a huge volume of people connect with me on a regular basis, asking for some tips, advice and help. As a result I have been thinking about creating some books or even a video series, but I’m not too sure. Feel free to subscribe to my email list www.veggeo.com because I will eventually be giving away some awesome free goodies. Maybe even that book.
If you would like to get in touch then you visit Peter on Twitter.
THE LEGAL STUFF** Information contained within this article is not intended to replace the services of trained health professionals, or be a substitute for medical advice. You are advised to consult with your healthcare professional with regard to matters relating to your health, and in particular regarding matters that may require diagnosis or medical attention.